Alright, so today’s topic is rather important. We’re going to be covering something that we hate to have to cover, but it’s necessary. The stage 5 clinger! I hate this person and they end up costing me time and money, so it’s 100% necessary to discuss this with you. Check this out and let me know if you have any questions. Feel free to leave comments below if so! 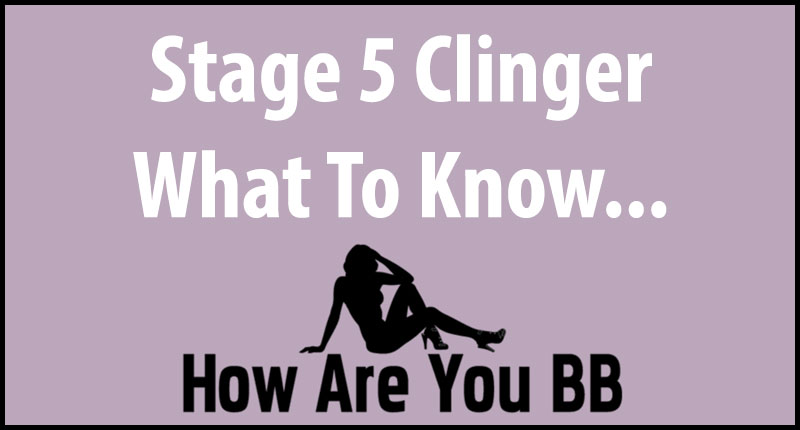 We’ve all heard of them, and most of us have probably either been one or had one…. but just for the sake of this conversation, we are going to pretend that we all need a definition, and what better source than our trusty friend Urban Dictionary?

Stage Five Clinger: likely to become overly attached, overly fast. Virgins, those on the rebound, and the emotionally fragile are more likely to have this term applied to them.

Example: “Dude stage five clinger just text me again, she wants me to spit in her mouth.” 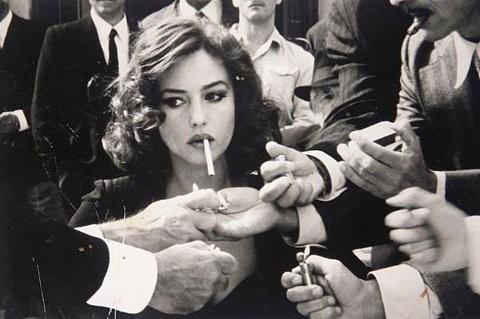 As a cam-girl, you will inevitably run into approximately 1 to 1 million stage five clingers through the span of your career. It’s just statistics. *shrugs* Some of you may be sitting there wondering whether or not you have one already? Don’t worry, you don’t. Trust and believe that when you do get one, you will know without question. I like to think of the stage five clingers as an occupational hazard.

Something that comes along with the territory of the profession that we have all chosen to be in. Are they fun? Hell no. Are they entertaining? Of course not… Well, sometimes they are, but usually only because you can’t believe the lengths they go through to have attention. I have banned many a clinger because they don’t know how to abide by rules, and they take so much energy that sometimes you have to stop and ask yourself “is the juice really worth the squeeze?”

What You Must Know

Stage Five Clingers aren’t your normal attached regular, though at first, they might fool you into believing that they are just like anyone else. They will weasel their way into your Snapchat and your cam rooms like the slimy, tricky little buggers they are, so let’s go over some of the signs to be on the lookout for.

1. They become Entitled Little Bitches. Let me elaborate. They start to form feelings and think that they are in an actual relationship with you, so they can’t understand why you don’t spend every waking moment talking to them or giving them something for free because they’ve “given” you so much. This brings me to…

2. “But I’ve given you so much” Cue the eye-roll, please. This is a classic line and will be used in some shape or form at some point. This is where you need to be clear at what the difference between “giving” and “purchasing” is.

3. “Babe, can’t I just have it?” Any variation on this phrase, even a hint of them trying to get something for free after they’ve been loyal spenders is a sure sign that they are starting to feel like they deserve special treatment, and also a big red flag to let you know that you should RUN. RUN FAR AWAY. (unless clingers are your thing.. In which case. JACKPOT!)

4. No Sense of Boundaries .. and when I say no sense, I mean NO SENSE of boundaries. At all. You will start to realize that for some people it is a necessity of reminding them that you are running a business and when you are talking to them you are working. Yeah, it would be nice if this was an unspoken rule, but people forget that your time is money, so it’s extremely important that you maintain the control of everything at all times.

I once had a guy call me on Skype at 5 AM in the morning for no reason except to test his feed and say hi. (Aca’scuse me? Are you out of your mind, bro?!) BLOCKED FOR LIFE.

Didn’t give him the show he was supposed to be receiving the next day and sent him a very long email explaining why he was no longer going to be a client of mine and how crazy it was that he thought he had the right to call me whenever he wanted. Do not EVER be afraid to say “Having the ability to talk with me/contact me is a privilege, one that you can lose and never be able to gain back.” Anyone who has a problem with that is a giant douche and not worth your time anyway.

5. Gets possessive and jealous when you go private with other clients. I feel like this should go without saying, but please, for the love of god, do not let any person get away with this BS. I don’t care how much money they have spent on you, or how much you actually like them. It is one of the highest levels of disrespect (in my opinion) for them to think they are more important than your other clients, or your money.

Now, originally this was going to be the part of the article where I delve into all the different ways that you can handle stage-five clingers, but now that I think about it, there isn’t really much to delve into. You either put up with them and hustle them for all their worth and then cut them off when they stop spending, or you cut them off before they can even start.

If you’re not sure which way is the way for you, see what you’re able to handle without wanting to blow your f’ing brains out. Maybe your tolerance level is that of a saint and you will be able to take on all the clingers of all the lands while taking all of their money.. and that’s what the main point is. Don’t ever let a clinger come between your money and your time. If that happens- they have gone too far. Money over bitches, every damn day.