How To Deal With The Webcam Fuckboy 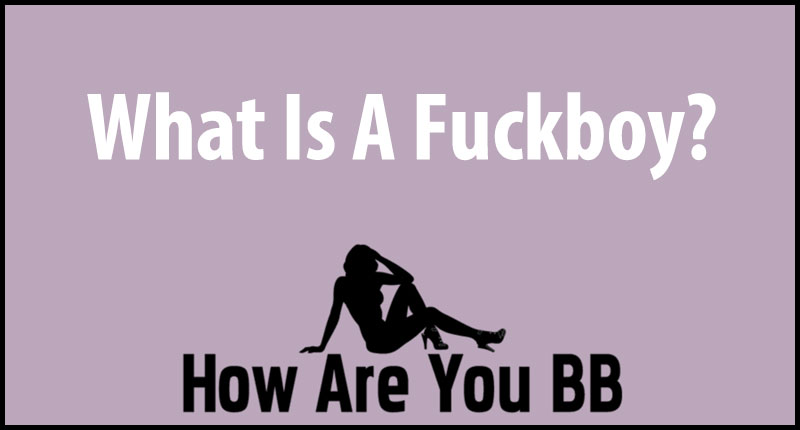 If you’re reading this, then you know what I’m talking about or you’re at least remotely interested in learning all about the webcam fuckboy. The fuckboy aka fuckboi might be the most annoying cam user of them all – NO LIE. Today you’ll learn what they are, what they’re all about, and why you should avoid them at all costs. For those of you models scratching your head or perhaps even rolling your eyes, just stop and read this. It’s one of the important things to know. Perhaps even more important than making money.

What Is A Fuckboy?

The definition of a fuckboy is quite simple. It’s a guy who plays with girls feelings or tries to ask (even beg) for things without a care in the world. They’re annoying AF and typically broke jokes. Have you ever heard any cam consumers say…

“Hey baby, can I just get some nudes real quick, please? Pleasee? Pleeeeaaaassseee?”

F*#& Boys are the worst. They are taking over the world and the worst part about it is that they are evolving and are disguising themselves. Sometimes they’ll even trick you into thinking that they aren’t a f*$& boy by buying something! But, one way or another, every F*$& Boy’s true colors show. 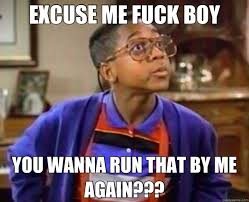 Four Types Of Fuckboys To Avoid

Here are the 4 main types of fuck boi losers that you’ll want to run away from – FAST.

I logged onto my Instagram the other day only to be bombarded with a million messages from a million different “promoters” who were asking me if I wanted a shout out. Now, I’m new to the Instagram world but I have a couple of pages that promote me regularly out of the goodness of their heart. They must genuinely like the look that I will bring to their page, I suppose.

So, when I respond with a “sure! Thanks!” I can always assume that they are going to write back with one of two things. One will be them thanking me and saying they are going to take pics off my page. The other response is something along the lines of “can u send personal nudes?” or “you have a Snapchat?” (I’ll delve into the Snapchat f**ck boys in just a moment, as they are a breed all on their own.)

It’s not just Instagram that you can run into these little posers, they exist on every platform you can think of. Twitter has them, Instagram, Snapchat, probably Periscope.. Although I haven’t personally encountered them there.

Read this next part carefully because I want it to really sink in. YOU DO NOT HAVE TO GIVE FREE THINGS FOR PEOPLE TO PROMOTE YOU. This really shouldn’t ever be a give/take situation. There are plenty of quality promoters around that will promo you without asking for anything more than maybe the occasional fan-sign. If someone is asking you for anything from a free pic to a free skype show, tell them to go F off and die.

Those are what I like to call F**ck Boy Fans. They are dumb, immature little twits who think that because they are a fan of the industry that they will be able to take advantage of the women who are actually in the industry.

I’m sure that by now we are all aware of Snapchat Takeovers and how they work. They tend to vary from Snapchat to Snapchat. Myself personally, I only do takeovers when they allow me to have control for a

full day. I don’t do really well with schedules so I hate being tied down to a 2 hour time period. (I want them to know me, damnit!) I also don’t ever do full shows, I only do the snapchats that are for me to promote my brand.

That being said, with the Snapchat phenomenon there is a whole new breed of F**ck Boy that we now have to deal with.

These silly little boys think that because they have a Snapchat and can get a couple of rookie girls to take them over, that they are all of a sudden in the actual adult industry. Give me a break. *eye roll*

Worse than that, they will come at you with all kinds of things. Telling you about “how the industry works” (uhhhh…hello? Are you really trying to explain how the industry that MY CAREER IS IN works?! Are you stupid?) and more often than not they will talk to you like you are a dumb girl who doesn’t know anything.

Personal example: I was contacted on Tumblr by someone asking me to do a takeover. I asked who they were and how many followers they had? They responded and I told them that I was willing but I wanted it for a whole day. Get ready for this part… he came back with “A whole day? HA! Maybe 8 hours tops, anything more than that and you’ll have to pay” …….

I felt like that needed a moment of silence.

Bro, you asked me to do the takeover, not the other way around. Why would I PAY you? Who the F**ck are you?

Ladies, when you encounter a Snapchat F**ck Boy, please give them the reminder that they aren’t actually in the adult industry, and that they can go suck on some balls.

I don’t know about you, but I find these to be the most annoying out of the bunch. They are constantly saying things like “aye girl, I got you baby! You soooo fine, keep doing what you do. Wanna fuck? I got a big 10 inch schlong and I can rock your world.”

Oh yeah? You’ve got a 10 incher? You and everybody else that I’ve talked to in the past 30 minutes. It’s a good old fashioned dick off!! You’d think they would realize that we don’t actually give a damn what they look like as long as they have the money to pay. You want me to call you a big boy and talk about how you’re the best damn thing I’ve ever seen? Pay up, pretty.

Slightly less prominent but not any less annoying, the dude who comes in your room and goes “Hey, I’m a cam model on here too, we should do a show together!”

Err… how about no? First of all, super unprofessional and second, why would I want to do a show with you? Does that line actually work on literally anyone? I cannot imagine a scenario where a girl would be like “Hell yeah! Sign me up! Here’s my name and number, my address is this if you wanna come on over next week and fingerbang me in front of a webcam!’ Sounds great!”

Ew. There’s just so much NO happening right now.

Whichever way you want to break it down, F**ck Boys are here, and although they can disappear for a while, they will always come back with force. Learn how to have witty banter and make them feel like an idiot, or better yet convert them into paying customers, which we all know is the only acceptable form of F**ck Boy there is.