Should I go independent or Not? 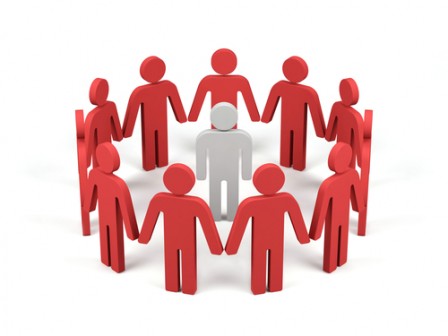 Should I go the independent webcam route? Whether this is something you’ve been asking yourself or not, it’s a valid question to bring up. When first considering delving into the Independent cam world, it can be an extremely daunting task. There are so many options out there and it can almost make it seem like you’re drowning.
That’s okay, having no idea where to begin is normal.

I’m not sure if I’ve mentioned this in other posts or not, but I highly recommend searching around and joining cam-girl forums to learn some tricks of the trade, and be able to connect and talk with other models in the industry who can help you along if you have any questions.

Start by setting yourself up on a directory site like cammodeldirectory.com or Livecammodelshows.com. If you’re wanting to be able to charge per minute without having them pre-pay in full skyprivate.com is another option. This is a great way to start building up your clientele through the traffic that the sites have on their own.
When I finally took the plunge and jumped into going Independent, I realized that I shouldn’t have waited so damn long in the first place. Honestly, I’ve never been happier. I was a strictly Streamate girl for a long time, and when the site started to be unreliable, I decided that even though it scared the piss out of me, I was going to bite the bullet and transition as much as possible into Indy. Take control of my own destiny and all that.

I started by talking to some of my other cam girlfriends who I knew were already offering Skype shows. They knew some of the things that would make me not such a bumbling idiot the first time I attempted a show. After they gave me some tricks of the trade, I signed up for Cammodeldirectory.com. I heard great things about them having their own traffic, and figured it would be a great way to start to build up my clientele. Then I started advertising on social media, and lo and behold I got my first show!

I was crazy nervous ya’ll, I’m not even kidding. Felt like a brand new baby cam-girl all over again, but I took deep breaths, a shot of tequila, put on some gangster rap and handled that sh*t.
Truth of the matter? It was fantastic, not only did I get to keep a much higher percentage from the show so I ended up making more, but it was so freeing to not have to worry about rules of the big box site that I normally cam on. After that first show I knew that I was an Indy whore for life. I love being able to just switch my skype availability and have show offers pop up. I can watch television, read, knit, whatever the hell I want, all while I wait for someone who wants a show. Sometimes I log on my big box site and make some money while I’m waiting for a skype show to come through! (Ah! The earning potential! I can’t handle it!)

Once you’ve decided on going forward with Indy camming, it’s worth it to create a payment portal for people to book Skype shows with you in advance. Personally, I use mysecretpayments.com. (….which I’ve just started using and am LOVING it!) Setting up a payment portal gives your followers on social media an easy way to book a show with you and pay without having to jump through a million different hoops.

On top of camming on Skype, I also do a lot of Snapchat premium sales and make content to sell independently. The less I have to depend on someone else for my streams of income, the better! (I especially recommend your own payment portal if you sell extras like this; snapchat, panties, signed photos/poster/calenders etc.)

All of that being said, if you don’t have a following independent of whatever site you’re camming on, going Indy can be a struggle at first (at least until you build up your clientele) so if you do decide on dipping your toe into the wonderful pool of Indy, (which I would if I were you) I would stick it out with the site you’re on now, as well. Make it a side ho’ first, and see how you get along with each other. Just like not all cam sites are created equal, neither are cam-girls experiences with Indy. I’ve heard my fair share of stories of models that both hated and loved it. It’s really all going to come down to your personal preference. All I’m sayin’ is .. If you like expanding your money making horizons, then give it a go. What’s the worst that is going to happen?