We all know what high school was like. Regardless of whether you were in the popular crowd, a band geek, a debate team guru or a gothic rebel, we all dealt with the inevitable catty, horrible drama/angst filled “woe is me” girl. Hell, most of us probably were the drama filled girls. (Not that I’m thinking of myself in that situation at all.. I was a perfect angel. Just like Mary Poppins. Practically Perfect in Every Way!)

I don’t know about you, but I hated high school. Absolutely loathed it. I remember thinking on more than one occasion that I couldn’t wait until it was over because adults always seemed to have it together. They had it so easy not having to deal with the petty drama. Little did I know, they were just better at hiding it from us kids because boy, was I in for a surprise when the drama never really went away. 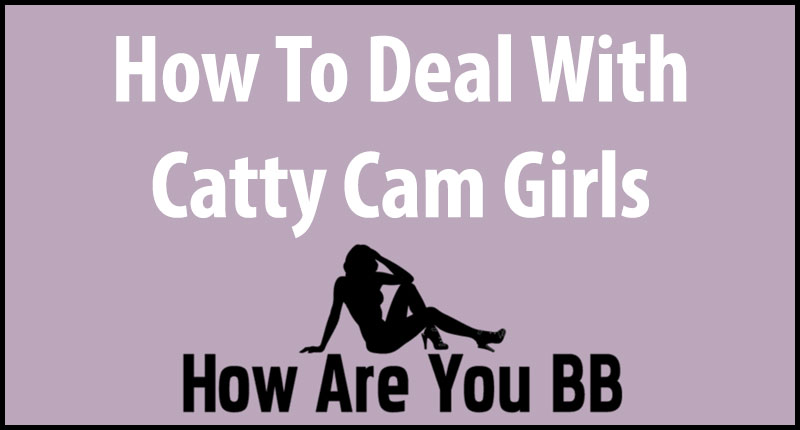 When I first started camming I had no idea that it was as much of a community as it actually is. I remember always thinking about how these girls all seemed to know each other and I was on the outside looking in. Once I started getting more ingrained in the everyday hustle and bustle of camming I saw it in a whole new light.

There will be cliques. OH, will there ever be cliques! The top girls of cam sites can be very competitive, and as a result, there can be some nasty things that get said. It’s up to you whether or not you engage or decide to ignore it.

Personally, I like to ignore all the haters. Instead, I use it to measure my success. In my mind, the more haters that I have the more successful than I.

I don’t have time to engage in petty arguments or respond to the trolls on social media. I just ignore them, brush my shoulder off, give them the good ol’ two-finger salute and carry on my merry way of being a master of the universe. But even though I decide to ignore it, doesn’t mean that it doesn’t exist.

Look, the fact of the matter is this. If you are doing well on your cam site, and by that I mean you’re killing it with the hours, you’re slaying it with the regulars, you’re going HAM on some goals… then you’re inevitably going to collect a group of camgirls that would rather spend their time bashing you then working on their own craft.

This doesn’t reflect on you as much as it reflects on how shitty they are. You will have models come into your rooms and troll you, if you’re on a private-based site, they may try to take you to exclusive for 5 seconds. (This, by the way, is so they don’t get charged and your room gets cleared out.)

Some of the more *cough* vocal *cough* ones will take their ridiculous, obnoxious rants to Twitter because you know… somehow bashing another model in front of your fans will create a solid, loyal fanbase. (Gag me, please.) Not in a kinky way either.

I hate to say it, but the truth of the matter is that there is never going to be a way to get rid of these types of girls. They exist in the world. They are the mediocre cam-girl that allow us to shine. So what do you do? Do you let them disrespect you and completely f*$% with your workflow? (How about NO, Scott.) There are some things that you can do to alleviate the annoying.

If you’re on a private-based site and models are trolling and clearing out your room by taking your private, start having the guys ASK you before. If someone tries to take me without asking first, it throws up a major red flag.

If they haven’t even said Hi to me why would they want to spend $10/min on an exclusive session? What if I don’t do what they offer? What if they think my voice is annoying?

If they can’t ask, then I assume they are a model trying to clear out my room and mess with my vibe….and you better believe, I will decline every single show if they aren’t respectful of my rules in that matter.

If the harassment gets too extreme, you can always send in a message to the cam site that you’re on. I wish I could say that this had a 100% success rate, but the sad truth of the matter is that it doesn’t. Sometimes the haters are favorites and they get away with murder.

Conclusion: The Catty Will Be Catty

Hell, while they will be busy spending so much time trying to get a rise out of you, stalking your cam room, and giving you free promo by mentioning you on social media, you can be out there like Ri-Ri.