Camming In Public Advice From A Model

Camming has become a popular way for women, and some men, to make a living performing for men and women all over the world. While many people have a prejudice against cam shows and think of these shows as pure filth, the truth is, sex is just a small part of a cam show. Much of what we do as cam models are talking, flirting and essentially acting as a sort of bartender keeping the conversation going and making people feel welcome. 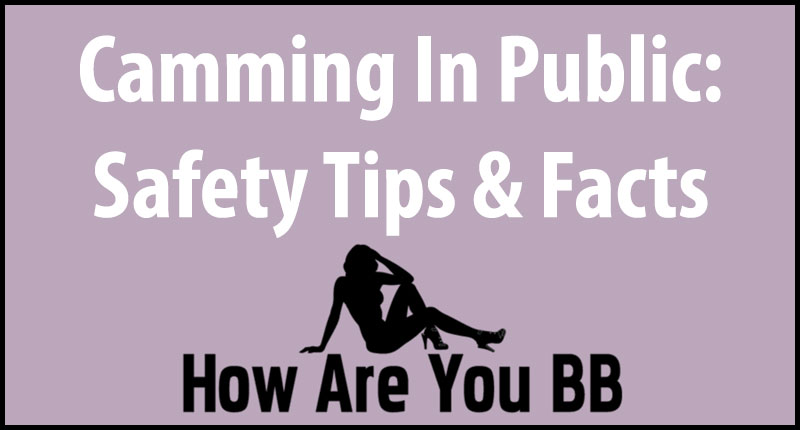 Don’t get me wrong, you’re going to do sexual things. If you don’t, you’re not going to make money. But, honestly, it’s a small part of your shows.

As for the shows, you’re essentially going to be doing those at home or studio set up, depending on the level of your shows. On occasion, though, I get newer cam models asking me if I’ve ever done cam shows in public. I guess they think it will bring in some more interest in their shows which will translate into more tips.

Well, I personally have not done any cam shows in the public world, mostly for two reasons, which I’ll get into later. However, I do have a friend who does shows in public and I asked her if she had any recommendations or tips for cam models looking to do just that sort of thing. Before I go into those tips, though, here is why I won’t do camming in public and strongly recommend that you reconsider doing public cam shows. 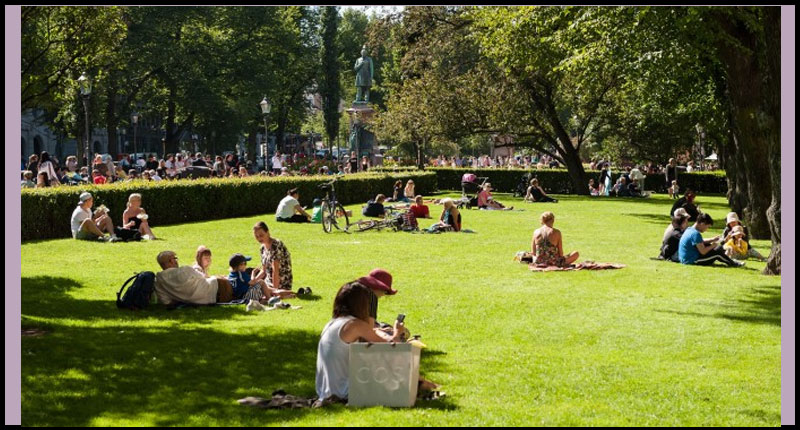 Why Camming in Public is a Bad Idea

There is a huge trend towards broadcasting naughty things in public, so I can see why cam girls want to get a piece of the pie. Although doing a cam show in public could bring in some moolah, it can also get you into trouble.

Doing anything that can be considered risqué to downright X-rated is still illegal. You can get a citation for public indecency and if you’re doing something really wild and crazy, you could be arrested. Listen, not everyone wants to see you doing dirty things, hell, I am a cam girl and I don’t always want to be seeing sex shows!

I’m absolutely no prude, obviously, but cam shows have their time and place, and for me, that place and time is in privacy. Not everyone agrees with me, which is ok, but remember, public cam shows can get you in legal trouble.

If you’re not worried about legal issues, you could have issues with whatever cam site you’re working through. You know, many cam sites will not allow public cam shows and will either ban you for a length of time (like a month) or completely kick you off from using their site to broadcast your shows.

The reason for this is because anyone involved in a show must be verified as being of legal age and they must give their consent for being included in a cam show. Working as a cam model for a cam company you had to sign a 2257 form and if someone in your show hasn’t signed that form and hasn’t been verified as an adult, well, you’re breaking the law. Do you really want to lose this stream of income over having an edgy show?

Now, I know you’re going to hit me with, “But, but, but… I’ve seen cam shows that were done in public. You’re full of it, lady!”

These shows work hard to have the customers suspend their disbelief long enough to believe the show is real and that the cam model(s) are being bad girls in public. Nine times out of ten, they aren’t, it just appears that way.

As I mentioned, though, I do have a friend that does do some shows in public from time to time. While I think camming in public has too many risks, legally and otherwise and should be avoided, here is what she says she would recommend if you’re considering doing public cam shows.

If you’re considering doing cam shows in public, you want to make sure you’re doing it safely. Here are some tips to help ensure that you’re staying safe during these risky types of shows.

The public location that you choose for a cam show is the most important thing you can do. It will also depend on your “schtick” as a cam model. I’ve seen models do cam shows in places like a library (they’re usually models that are being “naughty students”), an office (these girls are rolling with the naughty boss/secretary fantasy), stores (I guess this fits in with the flashing/sex in a dressing room fantasy), and even on a balcony/garden (again this goes with flashing/being naughty).

Each of these places is risky, but the more public the setting is, the more dangerous it is and the more likely you’re going to get caught. If you’re set on doing a cam show in public, semi-public/private is going to be your safest bet. You don’t want to pick a spot that could have children around (you certainly don’t want to be labeled a sex offender), and you want to have whatever you’re doing for your show to be quick and easily covered up in the event that someone comes along.

Instead, focus on things like light touching, upskirt flashes, boob flashes, and under the radar things like remote-controlled vibrating panties and butt plugs.

I don’t like to be paranoid but doing a show completely isolated is definitely something you should avoid. You never know who will wander over and what their intentions are. If you’re going to do anything in an isolated area, make sure you’re not trespassing (yet another legal worry), let someone close to you know where you’re planning on going, and make sure you’re not choosing an unsafe location.

Oh, and don’t let your viewers know the exact spot you’re going to be. You never know what kind of loons would show up and think they can be involved in some manner.

If you’re going to create a cam show that is “public”, as in a set-up that appears public, but is not (like most people do), make sure anyone else involved has signed the appropriate documentation and is recognized as being a legal age by the chat channel you’re using. If you don’t, you run the risk of having your account closed and your earnings lost because you violated the site’s terms of service.

This also means you can’t have random people in your show who just happen to be in public at that time. If they haven’t given permission in the form of a signed contract that they want to be in your performance, you can’t have them involved at all.

Look, if you’re going to do public cam shows, use some common sense. It is not worth getting hurt or arrested for a few bucks. Yes, you’ll probably get some attention and a few more tips, but the risks don’t outweigh the rewards, in my opinion. My friend that does these shows on occasion admits that the money she gets isn’t all that much more and she only attempts these public cam shows if she has had a long string of bad months in the tipping area.

Conclusion: Public Camming Can Be Done, But It’s Risky

If you’re someone just starting out in the camming world, I would recommend that you keep things in private and at either your home or studio. The lighting is better, you have access to your own items for a show, and you’re most definitely not going to get arrested for exposing yourself.

Once you’ve got a substantial number of shows under your garter belt and you’re feeling adventurous, then you could give public cam shows a try. Just remember, it’s going to be a risky endeavor and could get you in some serious trouble, get hurt, as well as cause you to lose any money you have in your cam account if the cam company you’re working for catches on to what you’re doing.

Be safe out there, ladies!