Enhancing yourself as a product. 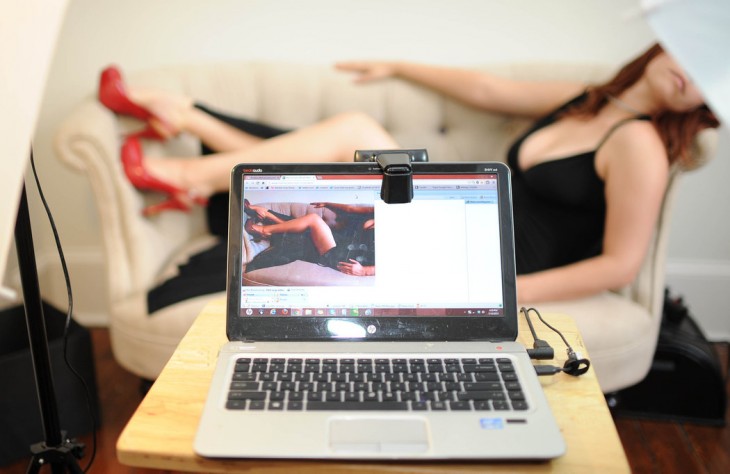 You’re Not a Person, You’re A Product

There are a few things that happen when I go on the cam-girl forums, twitters and snapchats of the world. The first thing is that I get boobs in my face (on the social media parts, at least) lots and lots of boobs. The second thing I get is annoyed, and I mean that in the most polite way possible. Now, I’m not saying that every cam-girl annoys me by any means, but I get so unbelievably frustrated when I see them complaining about their regulars spending money on others, or how they can’t sell a product to their 60,000 followers on Twitter. Point blank, you’re not a person, you are a product and if you aren’t treating yourself that way, then therein lies the biggest problem.

You don’t need to take that literal. I mean, you do but not to the point of being a robotic, boring mess with no personality. Of course you’re going to need to have a personality and connect with people on a level that they can develop a sense of loyalty and get to know you. That’s not what I mean by that statement. What I mean is… all of that good “personal” stuff? That stuff that ropes them in and convinces them to spend, is what you’re selling. Your brains, brawn and beauty all wrapped up in a pretty package with a big damn bow on top. You are your own product, therefore you need to learn how to treat yourself as such.

1. Create an Image and stick to it.
When you think of Ferrari what pops into your head? My guess is probably the color red. How about Pillsbury? Nascar? Kim Kardashian?
I could go on, but I think the point I’m trying to make is fairly evident. The Kardashian family is the perfect example. People can say all they want that “they are talentless” but I wholeheartedly disagree. Sure, they aren’t the same type of talent that was needed 20-30 years ago to reach the level of fame and notoriety that they’ve achieved, but it also isn’t 20-30 years ago, and it’s about time that people stopped living in the past and realized that the way consumerism works as a whole has changed. The Kardashians understand that and turned themselves into products in such an amazing way. I mean, they are literally able to sell the idea of THEMSELVES and make millions. In my opinion, that’s some talent. (If that’s not enough for you, they have talent at making money which is the talent I would pick ANY day of the week) They capitalize on the fact that they can post a single picture wearing an outfit, or talking about something and people will run out and fight to death over it in the stores. They create their own demand (which I’ll go over in another piece..which you should probably read… definitely read it. You’re gonna read it, right? LOVE ME!!!!) My point is, they understand the phrase “You’re a product, not a person” perfectly and slay with the execution. (#SlaaaaaaayMama)

I once heard a record producer give advice on how to stand out in any industry. He said that to make it in any industry people have to either be like you or want to be you. Which one are you going to be?

2. Don’t get emotionally invested.
Getting emotionally involved is such a rookie mistake and sadly I see it happen again and again. All too often there is a woe is me story from a cam-girl about how one of her best clients has been going in another girls room spending money, buying another girl presents, giving another girl attention. I’m emphasizing the word another because that’s what you should be doing, also. If your client is with someone else than #ByeFelicia, have fun, Sayonara…because guess what? You’ll find another client. Regulars come and go, that’s just the way of it. Convert someone else, move along. If they aren’t spending on you, then they shouldn’t matter to you.
Woah, woah, woah. Put away your pitchforks and let me elaborate a little. It’s natural that we are all going to like some of our regulars more than others, and form friendships. That’s honestly one of my favorite aspects of camming, it’s amazing getting to know so many different awesome people… but when you start to have expectations of your client, you become no better than a regular who starts to think they are entitled to things because of how much they have spent on you. Don’t be that guy, dude. Just don’t. If they pick up and move along, you do the same. Thanks for the memories, and focus on the future.
And finally…

3. Realize that your social media is your professional portfolio.
I’ll keep this one short and sweet. Aesthetics is an important part of what makes people like what they like and buy what they do. Every food commercial, every clothing line, every professional model is always projecting their best image on commercials, runways and in catalogues. It’s the same thing with your social media. Every picture and post that you make is what people are going to use to create their idea of who you are and what your total image is. So, before posting that pic or tweeting that tweet, make sure it’s something that you would put in a portfolio you were presenting to a job interview, or taking to a potential client. I mean really, when it comes down to it, that’s exactly what it is.

So there you have it. My sage wisdom and advice. You’re welcome. 🙂 (Disclaimer: I’m not 100% sure that I’m all that wise or really the giver of SAGE advice. But hey, it sounds pretty good eh?)