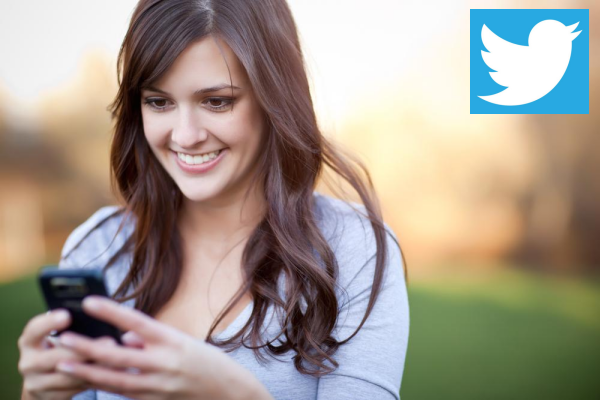 ​As a cam model, social media is incredibly important for improving your career. When you can’t be live on cam, social media is the main way that your fans can interact with you and see what you have going on. Twitter is one of the best marketing tools for the adult industry. Unlike Facebook, Instagram, and Snapchat, Twitter is adult friendly. As long as you’re not spamming and as long as you have your content marked as sensitive, you don’t have to worry about getting your account shutdown. The only exception to this rule is in your profile and header pictures. Those cannot contain any nudity.

There are several different ways that you should be utilizing Twitter to market yourself. The first way is just through daily posts. Your fans want to know what you have going on, both in your professional and personal life. Don’t make every single tweet a plug for something you’re selling. Even if you aren’t comfortable sharing a lot of your personal information, there are still little things that you can include to make yourself more relatable to your fans. You can post pictures of your animals, mention when you’re running errands, talk about concerts or events that you attended earlier in the week, etc. Throwing in little things like that in between your ads helps your fans build a real world connection with you and makes them look at you as more than just a sex object or product.

There are TONS of cam model promotional accounts on Twitter. A lot of them have thousands and thousands of followers. Often times when you start following other cam models or other adult promotional accounts on Twitter, you’ll start to see suggestions for more promo accounts pop-up. Follow as many as you can and make sure you tweet them occasionally. If you include them in a tweet that has a picture attached to it that’s relevant to the kind of things they post, they’re likely to retweet it for you. This can mean lots and lots of extra exposure for you. To help get you started, I made a public list on Twitter with over 160 promo Twitter accounts that you should follow and tweet. Some focus on specific things such as selfies, ass shots, bikinis, etc., so make sure you check out each account so that you tweet them a picture of something they’re most likely to retweet. When you follow all of these promo accounts, it can make your Twitter dashboard very cluttered since they constantly retweet stuff. So to make things easier for yourself, be sure to mute them after you follow. This will just make it so their notifications don’t show up in your main Twitter dashboard feed, and they won’t know you muted them.

To keep your content protected and prevent it from getting shared all over the internet with no link back to your site or cam shows, be sure to watermark all of your content! That’ll also ensure that every time your tweet gets retweeted or quoted, the link that you put on the picture will always be there.

A few other things before we’re done here. Make sure your location service is turned off. If it’s on, you may expose where you live or where you’re currently at. Make sure you’re interacting with your fans. When someone tweets you, tweet them back if you have a spare few seconds. If someone gives you a compliment or shout-out, you can at least like the tweet. Also, if you want your tweet to reach the most amount of people, don’t put someone’s username at the beginning of your tweet unless it’s a reply directly to them. When you put the @username at the beginning of a tweet, only the people who follow both you and the person you mentioned will see that tweet in their timeline. But if you put anything at all before the @username (a word, sentence, hashtag, or even just a period), everyone will see it.