​If you’ve been a webcam model for long enough, you’ve probably encountered someone trying to scam you. In fact, even if you’ve just gotten started, you may have had someone try to scam you. Since they know that you’re new to camming, they assume that you’re more likely to fall for their scam.​ Many models can tell you horror stories of a scam or two that they’ve fallen for in the past. Some are worse than others. But if you fall for one, no matter what the degree, you’re gonna feel frustrated and upset. So to help prevent these scams, I’m gonna go over some of the most common ones that you may encounter during your camming career. 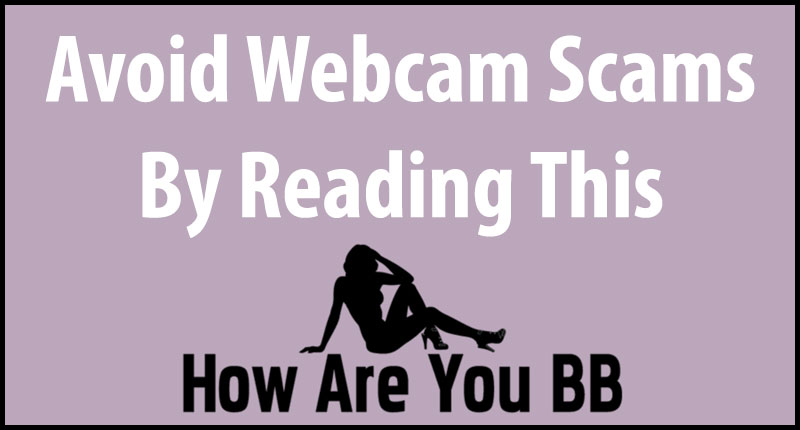 The majority of scams that you’ll encounter while on cam involve the scam artist getting you to do something for free, even though you think that they’re paying you to do it. The first thing that I want to say is that you should always follow your gut feeling. If something doesn’t feel right, that’s probably because it isn’t.

Although these scam artists are usually very good at what they do, there’s always gonna be something there that doesn’t feel quite right or just seems off. If you sense that at all, look into it before giving anything away for free. There’s no harm in protecting yourself.

Even if someone promises to pay you, you should never perform a show or give out your content before getting paid. If they say that they don’t know if they can trust you, direct them to a site that has an escrow system. Extralunchmoney and Mygirlfund are examples.

Both of these sites allow the member to create an escrow that holds the credits in limbo until you deliver the product. Once delivered, the member gets tiny screenshots of the content, and they can either approve or deny the escrow. That way it’s fair for everyone involved and no one has to worry about the other person not following through. First off, your account will get shut down immediately if they find out you’re using it for adult services. Your funds will be held for months before you can withdraw them and you’ll never be able to have another PayPal account under your name again. Secondly, the customer could do what’s called a chargeback.

And if they do, you cannot protest it since you weren’t allowed to use it for your adult activities in the first place. If a customer files a chargeback with their bank, the bank will cancel the payment that they made to you via PayPal and you won’t get paid.

You’ll be asked to provide proof of what you offered in exchange for the PayPal money. And again, since it was an adult service, you won’t be able to provide that proof and you’ll have lost out on that money.

Another way people are scamming cam models is with fake emails. They design the emails to look like they’re coming from a company that you trust such as Amazon or Giftrocket, but really they aren’t.

Instead, they’re just fake emails designed to look like that, but don’t actually have any money attached to them that you can redeem. If you get something that you’re unsure of, make sure the funds go into your account before you do the cam show or before giving them your content in return.

The final thing is fake cam models and admins. Some guys will pretend to be another cam model in order to get your trust. They’ll do this to get to know more about you, or even to get free access to your private content. This happens a lot on Snapchat. You’ll think you’re adding a fellow cam model when really it’s just a guy pretending to be a girl in order to add models for free. Before accepting anyone, do your research. Find the specific model’s real camming account or Twitter account and DM them to see if that’s really them.

Things like this happen while streaming live on cam as well. You may get someone in your chat room that’s pretending to be an admin. They may ask you for certain private information. Never give anything like that out! A reputable company would never contact you in your chat room while you’re on cam. And there are always ways set in place to know which accounts are actually admins or not.